Harley Finkelstein is an entrepreneur, lawyer, and the Chief Operating Officer (COO) of Shopify, a leading global commerce company that powers more than one million businesses in over 175 countries. Aggregating the online sales of Shopify’s U.S. merchants. The company is now the second-largest retailer in the U.S., ahead of eBay and Walmart (source: eMarketer, 2019). Over $172 billion has been sold on Shopify and nearly 300 million consumers. Around the world purchased from a Shopify merchant in 2019 alone.

Harley is also an advisor to venture capital firm Felicis Ventures. And is one of the featured “Dragons” on CBC TV’s Next Gen Den. He has also served on the board of directors of the C100 and the Canadian Broadcasting Corporation. Recently, he receive a Canadian Angel Investor of the Year Award, Canada’s Top 40 Under 40 Award.

Harley founded his first company at age 17 while a student at McGill University. He completed his law degree as well as his MBA at the University of Ottawa.

Finkelstein was born in Montreal, Quebec, Canada. At 17. He founded a T-shirt company while attending McGill University. He later move to Concordia University and received a bachelor’s degree in economics. Finkelstein then attended the University of Ottawa. Where he also founded the JD/MBA Student Society and the Canadian MBA Oath while working towards his Juris Doctor and MBA.

After completing his JD and MBA, Finkelstein worked at a law firm in Toronto for a year. In 2009, Finkelstein met with Tobias Lutke, the co-founder, and CEO of Shopify. To discuss opportunities for the company. Finkelstein was hired soon after and was named Shopify’s Chief Platform Officer. In December 2014, Finkelstein was appointed a member of the C100 board. The C100 is an organization that supports the Canadian technology community and is a bridge between Canada and Silicon Valley. Finkelstein serves as a mentor and advisor to various organizations and incubators including Felicis Ventures, FounderFuel, Invest Ottawa, and CIPPIC.

In January 2016, Finkelstein was named COO of Shopify. That same year, he was inducted into the Order of Ottawa by Mayor Jim Watson. In December 2017, Finkelstein joined the board of directors for CBC.  In September 2020, Finkelstein was appointed Shopify President. 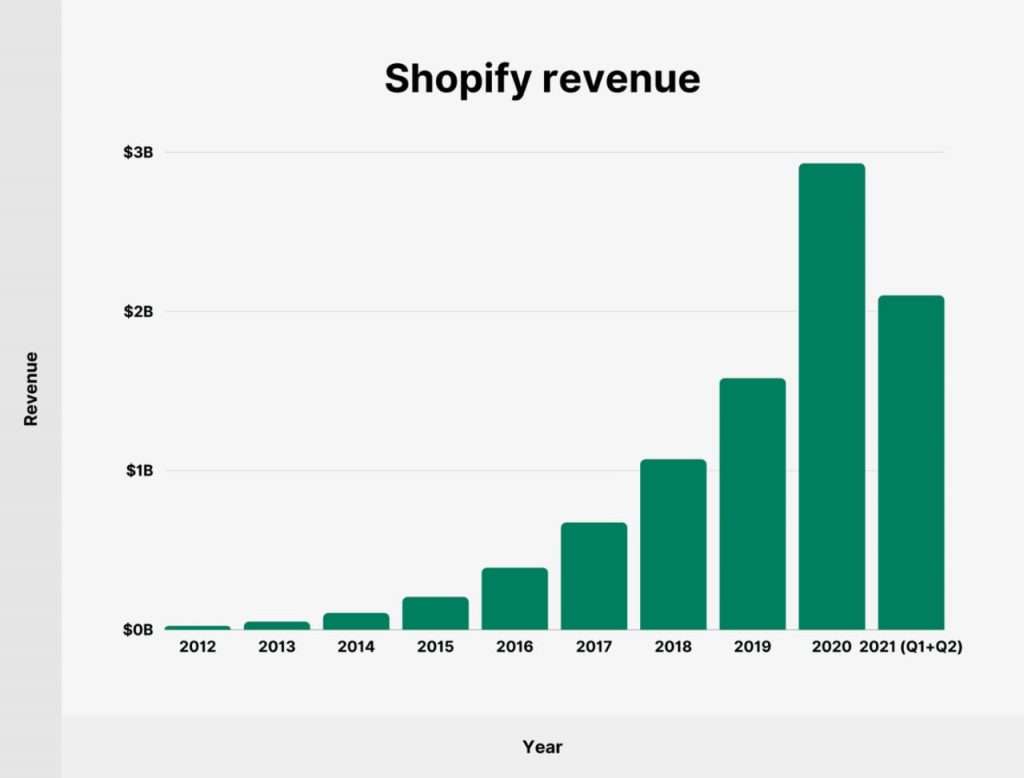 Finkelstein was named Angel investor of the Year at the Canadian Startup Awards in March 2017.

Finkelstein is Jewish and is the grandson of Holocaust survivors. He is married to Lindsay Taub, who is also Jewish, and they have two daughters. The four of them live in New Edinburgh. In 2018 it was announced that Finkelstein was donating $500,000 to establish. The new Finkelstein Chabad Jewish Centre in Sandy Hill. After attending the Chabad center when he was a student at the University of Ottawa and realizing. That there was not enough room to fit all the students who wished to attend events. He promised the Rabbi he would donate to pay him back for the generosity of his family.

Last week, the University of Ottawa law faculty’s All Sorts of Torts club. And the Telfer School of Management’s Entrepreneur’s Club invited Harley Finkelstein to discuss. How he transitioned from being a lawyer to leading one of the world’s fastest-growing tech companies – Shopify.

Speaking to a room full of MBA and law students, Finkelstein, COO of Shopify. He described how his drive for entrepreneurship, since he was seven years old, led him to join the Shopify team in 2010.

“I got this weird confidence when I was young that entrepreneurship was something I could do.”

I realized that I liked the idea of starting businesses,” said Finkelstein. “My dad would make my business cards for every silly idea I had. I got this weird confidence when I was young that entrepreneurship was something. I could do it. Entrepreneurship, being this incredible way to solve problems, was what I wanted to spend my life doing.”

Throughout his teenage years and into his undergraduate studies. Finkelstein explored entrepreneurship by launching his businesses. At 13-years-old, Finkelstein was DJ’ing at special events and Bar Mitzvahs. And at 17, he founded a T-shirt company while attending McGill University. When Finkelstein realized that he wouldn’t always have a competitive advantage with his T-shirt business. He took the advice of his mentor, Ottawa lawyer, Philip Rimer, and decided to attend law school.

“Phil hinted at the idea that I should consider going to law school. Because it might help provide me with a better platform for entrepreneurship. I could write better, think better, negotiate better, and be more articulate,” said Finkelstein.

Building Shopify at a coffee shop

It was while he was attending law school in Ottawa. Finkelstein met Tobias Lütke, current CEO and co-founder of Shopify. The two met at a coffee shop. Where they would get together with other engineers and creative minds to discuss entrepreneurial ideas. Such as the software that ended up becoming Shopify.

“People like myself wanted to use Tobi’s software to sell products like T-shirts. I ended up becoming one of Shopify’s first customers,” said Finkelstein.

While Finkelstein initially took the traditional pathway of a law student. Working a summer job at Ottawa-based law firm, LaBarge Weinstein. And articling for 10 months at a Toronto law firm, he knew this wasn’t for him. What he wanted was to pursue entrepreneurship by “creating much with nothing” and “doing a lot with little.”

“I’m doing my life’s work. I don’t necessarily regret any steps I took to get to this point now.”

After finishing his articling program, Finkelstein reached out to Lütke to see. Whether he could help build a business around Lütke’s online eCommerce software. Eventually, Finkelstein also joined the company in a hybrid role. Where he was both general counsel and looked after the business side of Shopify.

“I’m doing my life’s work. I don’t necessarily regret any steps I took to get to this point now,” said Finkelstein. Adding how excited he was to work with “brilliant minds” building an incredible piece of software.

“My job was to add a lot of value. Part of any good startup story is you wear a lot of different hats. I tried to protect those geniuses from stuff that wasn’t going to be a value-add,” he said. “People get caught up in title and salary. And the problem with doing that is pulling future gains at a discount. What I brought to Shopify was that I was relentless. I was loud.” During his talk, Finkelstein described to the audience the successes of Shopify to date. Including that the company has 800,000 stores on its platform. How seven percent of all products sold on Black Friday were sold through Shopify. And that the company currently has about 4,500 employees across 12 offices around the world.

He also noted how Shopify’s $100 million Series C funding round was led by OMERS Ventures in 2013. It helped take the company to the next level. Eventually led Shopify to announce its public filing in 2015.

“That changed things. Series A was $7 million. Series B was $15 million. Those are also big numbers but it didn’t necessarily give us the money. We needed to build what we thought could be Canada’s next great company. But by the Series C, it was like, let’s go hire a CFO, let’s hire a CMO. Let’s hire people that know what they’re doing as opposed to just being scrappy all the time.”

“The common thread [is that] every year we re-qualify for our job. I think that if you just have that mentality that everyone. Tobi included, has to requalify for their job on an annual basis. It forces you to get good or comfortable with being uncomfortable,”. Finkelstein said, adding that Shopify currently has 15 coaches that help the executive team improve.

For people who are looking to become entrepreneurs or don’t plan on taking traditional education or career paths. Finkelstein wrapped up his talk with a few pieces of advice.

Finkelstein expressed that being relentless can lead to success, and startups must embrace their differences.

“The best companies I’ve encountered and invested in. If you look at their leadership team, they would not be friends in high school. I was class president. Tobi was playing video games,” said Finkelstein. “I think what I brought was a unique perspective they didn’t have and this unrelenting push. Once we realized that we have the best product in the world. I felt it was my job to monetize it. It’s on me to make sure people use and pay for it.”

Harley Finkelstein is a well-known business person from Canada. He is also a public speaker. Have you heard of the Shopify? It’s a multinational e-commerce company. Harley is the Cheif Operating Officer (COO) of this company and he is highly famous for it. Well, he also works for the Felicis Ventures and OMERS Ventures as an advisor. Harley is also a television personality. He also appears in the CBC Dragons’ Den, Next Gen Den as one of the Dragons. Moreover, he is one of the board members of CBC.  Know more about Harley Finkelstein from the facts below. 0
0
Your Cart
Your cart is empty
Continue Shopping
error: Alert: Content is protected !!